Once upon a time far away and long ago – this is how many stories start, but this story is right here, now, and today! The setting may 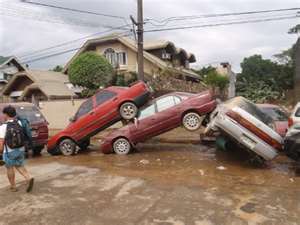 seem to be somewhere else, but all of the things that have roots in the Scripture are here and now! So – here we go!

We have heard that God is love and he wants us to love Him, but we have also heard really bad stuff about him. We call them ‘Acts of God’ which include tornadoes, hurricanes, floods and other mega disasters. If there is a car accident and a child is hopelessly hurt or killed, we blame God. Why do we do that? Did we ever honestly attempt to figure out if God is responsible for all these bad things? Is it possible that we as well as other created beings could be responsible?

We have heard the Bible stories so much that they sound all together too familiar. We don’t even get what they are saying. Jesus came as a baby, grew up, did some stuff, got a bunch of people mad and they crucified him, but He showed them and rose from the dead and then went up into heaven. Who buys that? Why does it matter?

We can look at this story in a different way.

where the risk is.

His first son was Adam was a created being and then he created his daughter, Eve. They had it all! He met all their needs by providing a garden that He Himself planted. They could eat anything in the garden with the exception of only one tree. He came to them every day and they walked and talked together. They were learning about this amazing place. Except for the garden, the planet was in a mess, and He wanted Adam and Eve to occupy it and make it all beautiful. They were to make other children in the god-class. They would be like Him but they would not be Him. They would be able to do amazing things. Everything was there for them to enjoy with meaningful work in establishing dominion as co-rulers.

But, the reason the planet was in a mess was that one of God’s heavenly created beings – a beautiful archangel named Lucifer made a choice and led a rebellion in heaven – and God exiled him to earth. He raged around the planet because he had lost his most favored status. He turned earth into a chaotic place with havoc everywhere. The Scripture says, “the world was without form and void and darkness was upon the face of the deep.” The Spirit of God moved upon the face of the waters. And God said, “Let there be light, and there was light!” He created everything that was made.

There Adam and Eve were on the earth, in a beautiful garden, and they were enjoying themselves, but Lucifer was roaming freely

intent on spoiling Father God’s plan. He took on the form of a beautiful serpent and began to dialog with them about the forbidden tree. He did what he is still doing today. He created doubt in the goodness and loving kindness of Father. He convinced Adam and Eve that Father was withholding something. Father had withheld nothing including the knowledge of good and evil. They just were not mature enough to understand it. They lacked ‘No-Thing!’ But doubt had its way and the deceiver won the day. They ate the forbidden fruit and started the cycle of sin that has created storms, accidents and disasters. Now, the longer we live on this earth, the more the sin cycle creates chaos. 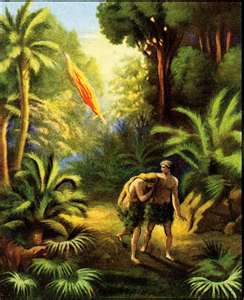 Father loves them and knew what they had done, but He came to the Garden anyway. When they heard Father in the Garden, they hid, then they blamed each other and God explained to them what forces they had set in motion. He killed innocent animals, shed their blood and covered their sin. God’s love always covers. The Scriptures say that without the shedding of blood there is no forgiveness of sin. Then He put them out of the Garden and set up angelic guards to protect the Tree of Life.

Father God knew from the foundation of the world that we would need to be rescued and He, His Son Jesus, and the Holy Spirit put a wonderful plan into effect. He would send his Son to earth to shed His precious, sinless blood and wipe out the sin that man put into effect by his disobedience and mankind would be restored to him. All they had to do was to choose him. Then God would teach them all the things he had planned for them from the foundation of the world. As they draw near to Him, he draws near to them. In His Presence is fullness of joy!

We can now eat from the Tree of Life and go back to the Garden-life and walk with Father because of the Son. He sent the Holy Spirit to

live inside us as our constant companion, guide and friend. We can occupy and bring heaven to earth by walking with Father every day in Jesus name.

It is easy to do. The Bible says that those who call on the name of the Lord Jesus Christ shall be saved. Read John 3:16, 17. Find out how much He loves you and that He is just waiting for you to call out to Him. Each of us come to the realization of who He is in a different way. For me, I was driving down the road, listening to the radio preacher when God took over his voice and I knew for sure that He was real. I just began to say, “I’m sorry Jesus. I just didn’t know. I didn’t know.” So it isn’t a formula, it is a heart thing. Ask Him to make Himself real and I promise that He will.

The Body – A Song of Praise by Clare Kaegi-Watts