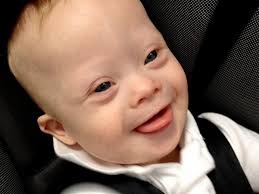 Vivian and Abner were pushing forty when they married.  The desire of their hearts was to have a child.  They knew the risks and yet were completely delighted when Viv found out she was pregnant.  They rejoiced in the Lord and began to speak to the little one in her womb.  Every day they spoke of Jesus and read Scripture and put worship songs on in their home.  The atmosphere was filled with the love of God.

The day came when Vivian went into labor and they were filled with anticipation.  It was an easy delivery but immediately the doctor seemed to be concerned.  He took the baby and left the delivery room.  After Viv was put in recovery, Abner and the doctor came in and told her that the baby had Down syndrome.  There would be challenges. There were some health issues that they may face and almost assuredly the baby would have some degree of mental retardation.  The nurse brought the sweet little bundle and laid him in her arms.

“I want to name him David ,” she said.  David slew Goliath and I believe this baby will be victorious no matter what the doctor says.

The years passed and little David was taught about the Lord every day.  He reached his teenage years and had learned how mean other kids were to anyone who was different.  They called him names and bullied him.  He just responded with love and remembered that Jesus loved him.  God began to show him what was true in the Spirit.  He saw angels and heard God’s voice.  He never felt alone.  He had the most amazing child-like trust that those who took the time to get to know him realized that he knew far more about almost all important things than they did.

Then it happened.  A troubled young man came into the school waving a gun, David’s 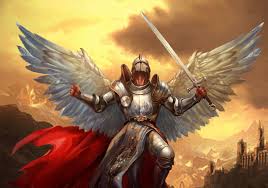 classmates and teachers began to move in confusion.  David quietly said, “Step into the closet and close the door.  There are angels guarding the door.”  Many of the kids responded by crowding into the small space and soon the rest joined them.  The teacher followed them in. David didn’t go in the closet.

He stepped into the hallway and turned toward the man.  He had seen him at church a few times and knew that he was lost and alone.  He called his name, “Mr. Glen, what are you doing?”  He looked at David confused and began to wave the gun in his direction.  David looked at him and said, “You can’t hurt me, I have God’s angels to protect me.  I want to help you.”  Glen raised the gun and pointed it a 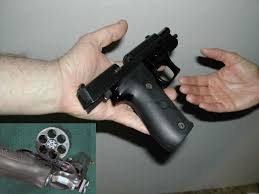 David walked up to Glen and took the gun and invited him to sit down.  By this time, the police had arrived and they took Glen while dismissing David as a mentally retarded boy who was of no consequence.  David didn’t care.  He knows who he is and who he belongs to.  Jesus lives in him and the heavenly host are his guard.

It was just as his Mom knew when she named him.  This little David defeated the Goliath that threatened the life of Glen and the school children as well as the teachers.

Unlike David, we are too smart for our own good.  We are not simple in our faith.  Often we complicate things and mix law with grace. We make it all about us.  It is only and always about Jesus Christ, the Holy Spirit and Father God.

Ask God to give us wisdom and purity as we walk as simple children who look to Jesus for everything as we face both challenges and blessings.

Blessed are the pure in heart for they shall see God. 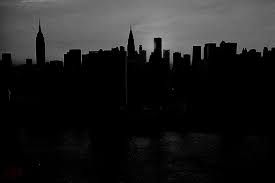 Shelly was in a high rise building with thick darkness. The city was in a complete blackout.  She was on the twenty-fourth floor and knew there was no elevator service.  Walking the stairs wasn’t a good idea because she didn’t know what or who she would meet.  She was truly alone. The batteries in her flashlight were dead and she couldn’t find the matches to light her only candle.  She was completely alone and quiet for the first time in many years.

She sat on the couch and listened to the silence that was intermittently broken by a distant siren.  She put her head back and sighed.  This was just one more dark day that punctuated the depression she had been feeling.   Thomas had left her for his administrative assistant three months ago.  She had been reeling ever since from the emptiness of the apartment and of her life.  Now this darkness closed in around her.

It had been a long time since she considered that God was watching over her or that He even existed.  If He did exist, she believed that He had forgotten her.  Yet now, in her despair she cried out, “God, if you are out there, help me!” The cares of her life began to lift and inside she heard a still small voice saying, “I have always been here.  You have only to ask for My help.”   A peace that she had never known came upon her and caught her by surprise.  Over the next few hours, she sat in God’s Presence and He ministered His love and healing acceptance to her.  “There is no condemnation for you, my child,” He told her.  “You are loved and have always been loved by Me.  I never left you and I know your pain.  I have a better way.” Shelly gave her heart to Jesus during the long dark night and when the daylight began to come through her windows, she 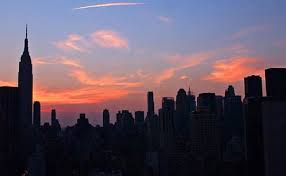 was new inside.  There was joy and it felt wonderful.

She had been trying to live her life without Jesus.  She remembered that she had loved Sunday School as a child and Mrs. Pearson had led her in a prayer when she was ten.  God let her know that all this time, she had been His and He was just waiting for her to seek Him.

Shelly was trying to live a fruitful life apart from God.  She had been self-sufficient or at least she had tried to be.  She had music playing or the television on when she was alone.  At work, she managed multiple tasks and had been promoted to a Regional Manager.  Her life was filled with noise and activity.  She was never quiet and seldom alone.

She had turned off her power source and was winging her way through life.  She knew it wasn’t working

When the blackout forced the quiet and the solitary hours, she slowed down long enough to hear the voice of her Lover, her Father, her Savior: her God.

In the Scripture, there is a story of the Vine and the Branches.  Shelly had become a

renegade branch.  She was trying to make leaves, blossoms and fruit apart from the Vine.  It seemed to work as long as the life force was still remained in the branch, but soon, the branch had nothing to draw on and it withered.

Shelly had withered and was striving to live apart from God.  She was empty and alone.  When she finally became still on that dark night, she heard Him and she knew that apart from Him, life was empty and without purpose.

Today Shelly is a different person.  When the lights came on, she searched her storage unit and found her Bible which she devours each day.  She is looking for a place to worship. The lights are back on not only in her apartment, but in her life.